Temple improved its record to .500 overall (3-3) and is still unbeaten in the American Athletic Conference with the impressive 49-6 victory over East Carolina. Owls Sophomore Quarterback Anthony Russo had his best performance of season by far as he completed 84% of his passes (21 for 25) for 254 yards and 4 touchdowns. This season, Coach Collins has deployed a quarterback-by-committee approach with Russo, Todd Centeio, and/or Frank Nutile all seeing action in each game. Frank Nutile was Temple’s starter at the beginning of the season until an undisclosed injury sidelined the Senior quarterback after week 2 action. Beginning in week 3, Russo stepped into the starting role against Maryland, and during that time he’s guided the Owls to a 3-1 record. Each week, Coach Collins has been very slow to name his starter, but moving forward, Russo’s performance today may have gone a long way to solidifying his place with the first stringers. 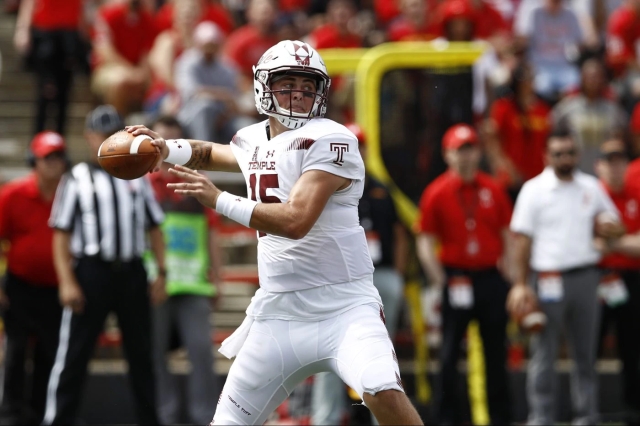 The Temple offense was busy on Saturday and controlled time of possession 33:55 to ECU’s 26:05. Temple Running Back Ryquell Armstead rushed for nearly 100 yards today and scored one rushing touchdown. Four different Owls receivers scored touchdowns today with nine total Temple receivers hauling in receptions for at least 10 yards or more. In the second quarter, wide receiver Isaiah Wright energized the home crowd with an electrifying 59-yard punt return for a touchdown. Wright was responsible for two touchdowns in this game and had 156 total yards on special teams. So far this season, Temple has scored a non-offensive touchdown in all six games. The Owls outgained ECU in total yards 470 to 196, while the Owls defense also limited the Pirates rushing attack to only 76 yards and did not allow any touchdowns. Sophomore Linebacker Isaiah Graham-Mobley led the defense with 6 total tackles. And entering Saturday’s matchup, Temple’s defense averaged 3 sacks a game, which was good for 19th best in the country. Three separate players registered a sack in this game today. 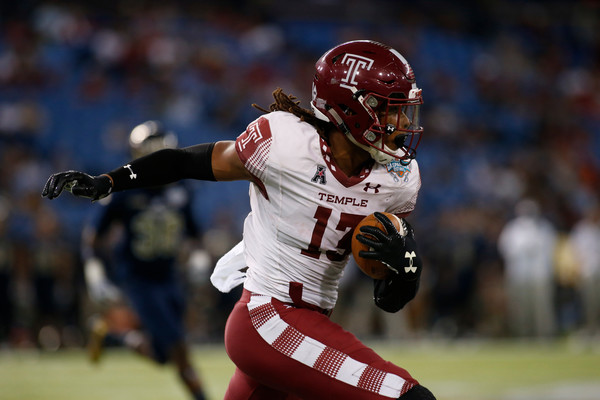 Temple looked great in all three phases of the game against ECU. Temple has now won 6 straight against ECU and have outscored the Pirates 164-50. In the last five matchups Temple has not let up more than 14 points to ECU. Next week Temple heads up to Annapolis to face off against Navy.