SEC
You can listen to my 2018 Big ten College Football Preseason Prediction Right Here!: https://bit.ly/2K1zVM6
East:
Georgia is coming off of its first 13 win season in more than 15 years. It’s also a season in which the Bulldogs made it to the College Football Playoff Championship. Coach Kirby Smart returns 13 starters including his QB from a season ago. I’ve got some concerns with the players they’ve lost. In terms of offensive rushing production, the Bulldogs led the SEC in yards per carry at 6.2. That type of success on the ground takes away any sort of pressure that might be on your QB. Running backs Nick Chubb and Sony Michel both rushed for over 1200 yards last season and had a combined total of 31 TDs, which attributed for over 60% of Georgia’s scores. Georgia will no doubt be the front runner out of the SEC East next season but I have some serious concerns about Coach Kirby Smart’s plans to try and replace that production. It won’t be easy.
Florida is coming off one of its worst seasons ever, one in which the Gators went 4-7 and only won 3 games in conference. That’s definitely a huge disappointment for team who made it to the SEC Championship game the season prior. Granted, it didn’t help when 10 Gators players were suspended last August. That really took the air from Florida’s sails. However this season, Dan Mullen steps in at head coach and inherits 19 starters on a hungry Florida team looking for redemption. They definitely have a shot at securing the #1 spot in the east this season.
South Carolina is coming off one of its best seasons in four years. The Gamecocks return its top 3 rushers and starting QB from a season ago. Receiver Bryan Edwards will also be back. He nearly caught for 1000 yards last season. The defense will need to replace 5 starters on a unit that was number 1 in the SEC at generating turnovers, at 15. The Gamecocks will be good next season but I don’t see them matching the 9 wins from a season ago. However it’s fully within reason to expect this team to return to its 3rdstraight bowl game.
Missouri is a team to keep an eye on next season. The Tigers had its best season since 2014 and even went to a bowl game. This team returns 16 starters including QB Drew Lock who threw for the most yards (nearly 4,000) and TDs (44) over any other player in the SEC last season. The Tigers do have some difficult matchups on the road against South Carolina, Bama, and Florida however despite this fact, I think Mizzou could improve upon its 7-6 record from last season and earn a bid to a second straight bowl game.
West:
Alabama earned its second national championship in the last three years and has its sights on a third this year. However, I have some concerns with the Crimson Tide trying to title contend with only 3 returning starters on defense. Offensively, Bama returns 7 starters including its top rusher from a season ago. Alabama should be the favorite in every game this season but watch out for LSU and that Auburn team during weeks 10 and 13 respectively.
Auburn posted its first 10 win season since 2013 and they accomplished this with a balanced run and pass game. Unfortunately the Tigers leading rusher is gone this season so they’ll have to figure out a way to replace that production. Kerryon Johnson accounted for nearly 1200 yards and 18 touchdowns on the ground. If Gus Malzahn is able to fill the void, the Tigers could be as good as they were a season ago. However, Auburn will have tough road tests against Georgia and Alabama.
LSU plays one of the toughest schedules next season and unfortunately only returns 10 total starters. This team went 9-4 last season but I think they’ll have a difficult time matching this total, considering all of their offensive firepower from 2017 is gone. This team will be lucky if it puts together 7 wins this season.
Former FSU head coach Jimbo Fisher joins a Texas A&M squad that went 7-6 last season which was the least amount of wins this team has seen since the 2011 season. Fisher will have a lot of talent to work with this season on offense as 8 starters return for the Aggies including its starting QB and RB. The schedule is tough with contests against Clemson, and on the road at Bama, South Carolina, and Auburn. However, Texas A&M could win 7, if not 8 games this season. 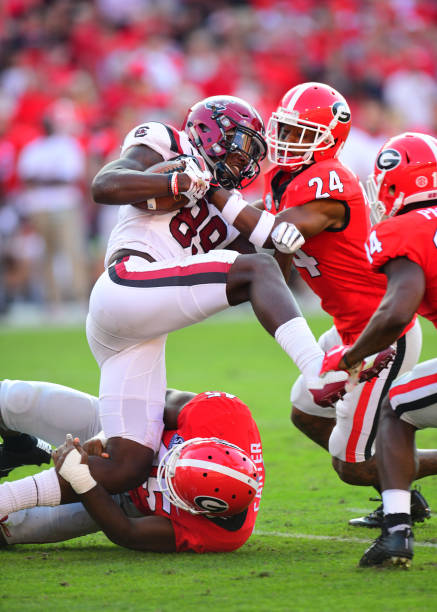