Well it looks as if another University is (allegedly) guilty
of breaking the rules again, what a surprise…Should it also come to anyone’s
surprise that the school coming under all the heat this time is Miami? 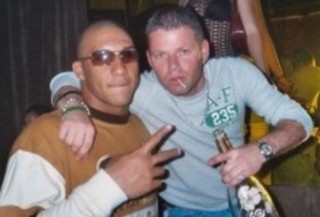 I’m running out of things to say about this recent epidemic plaguing
college sports; which is also slowly changing the entire landscape of college
athletics today. Some people say that the system is broken, but I truthfully don’t
know if the system ever worked in the first place. Compare the NCAA with your sweet,
old grandmother who maybe comes to your house every so often for a visit.
College athletes are like the young grandchildren who act like perfect angels
when old granny’s watching, but as soon as the old lady turns her back from them
the grandchildren steal a few cookies out of the cookie jar. It’s not that the
grandchildren don’t respect their grandmother, because they do! But the children
are aware of the fact that Granny’s so old and clueless to what’s going on that
they know exactly how to pull a fast one over her. I guess what Granny doesn’t
know, won’t hurt her though… 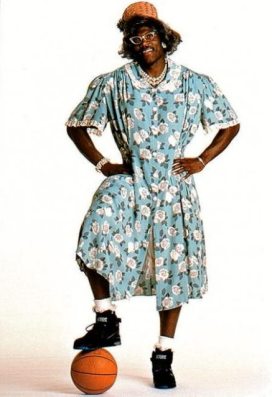 I haven’t had a chance to watch the entire college football
roundtable discussion on ESPN yet, but I have viewed a couple of clips from the
show. One or two of the analysts on the panel suggested that the NCAA come up
with a system where the athletes can get paid for their likeness. My biggest
question regarding that is will there be a certain limit on how much money a
player can receive? Will the NCAA try to cap the player when he accumulates a
certain dollar amount? Will the NCAA take a percentage from that player’s
earnings? If that’s the case, I don’t know if a system such as that one will do
much at all to solve the current problems plaguing college athletics right now.

Within the last decade USC, Ohio State, and Miami were all
winning programs. So besides the fact that they are all now coming under NCAA
scrutiny, they were all BCS champions at one point. But I’d like to believe
that those improper benefits didn’t play an important role in making those programs winners or
at least kept them relevant, but then again I’m not that naïve. It’s sad to
see all this scandal plaguing college football today, but I guess it’s just a
sign of the times. Men and young 18 and 19 year olds alike are motivated by
fame, money, power, and sex. These are some of the things that we place the
biggest value on in America. We treat college football players as if they’re
royalty but then expect for these same kids to be role models, always doing and
saying the right things. Their whole lives we tell them that they’re
superstars, and that they’re the best. We treat them like Kings. So why should
we be surprised when we hear stories about those same athletes receiving
improper benefits? Why wouldn’t we think that these kids feel a sense of entitlement? We’re apart of the problem (fans, media, etc.). High school
recruiting is a big business nowadays and with so many different recruiting
services out there, coupled with the booming wall-to-wall media coverage I’m
actually surprised we haven’t heard of more stories such as the one that
happened with Auburn and the Newton family. Things could get a whole lot worse
before it ever gets better. 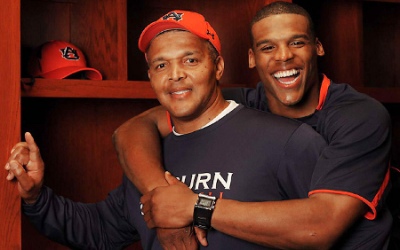 Though I’ve
said it before that I think it’s wrong to go after a team and impose sanctions
against them for something that was done years ago, to only a few players. Is
it fair for underclassmen who didn’t do anything wrong to suffer from a “Death
Penalty?” brought on by players who are now long gone? I don’t think so. Don’t
punish the entire team for a selfish act done by a few players. People will
always break the rules. This recent incident at Miami won’t be the last time a
school is accused of breaking the rules. Trust me on that. But I only wonder if
any honest programs exist out there today? Yeah, that sure would be a surprise…